A downloadable game for Windows, macOS, Linux, and Android

Mr. Boxman is enjoying a nice tour of the countryside of Funtime Adventureland, however...it seems everything is out to get him! Pull out your best good luck charm and try to survive by jumping at the correct moment, but be careful: sometimes jumping is what will do you in!

For the Windows/Mac/Linux builds:
Unzip the folder into any directory.

For Windows/Linux builds: Keep all game files in the same folder.

The picture is great.The music is very comfortable.The game is moderately difficult.

This game is pretty sweet. It has lots of levels and the hand drawn graphics are really nice. It says it supports gamepads, but I haven't tried that yet. You can control the menus with out a mouse. It's got a lot of funny stuff in it. The levels I've played so far are done well. The Android version doesn't use any system permissions. Unlockable costumes, windowed/full-screen modes, remappable keys, etc... it's almost all good! The only feedback I can think of is that I don't like that it's 420MB on Windows. Also it would be nice if I could export/import saves on Android. The menu navigation could be improved a little as well. It's fun, creative, and well built.

Oooooooooooh noooooooooooo! You really wrote "(some of which are good)"?

What do you want the player to expect from your game? Don't miss that each time you upload a game and have to write a convincing text. 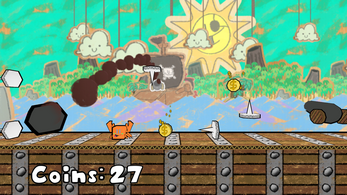 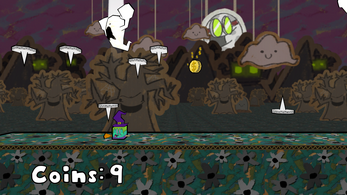 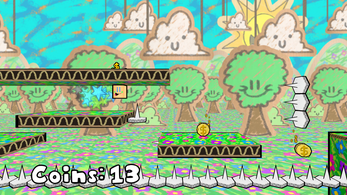 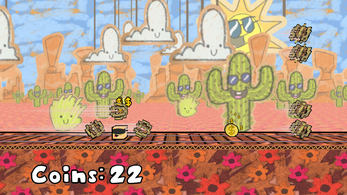